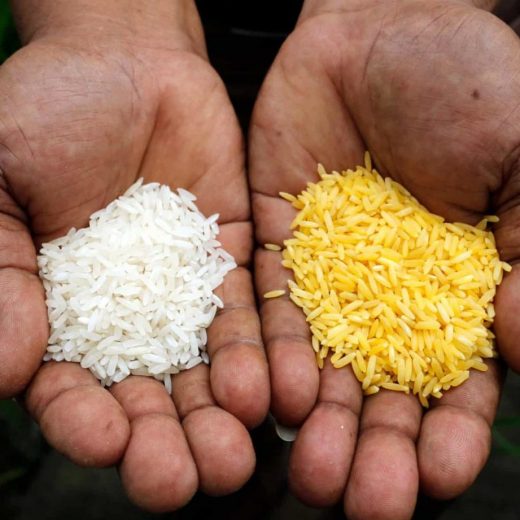 The alteration of genetic information at the DNA level – genetic modification – is a phenomenon commonly occurring during cell division. Before a cell divides into daughter cells, it must multiply the contents of its organelles (cell “organs”) and also duplicate its genetic information. However, this process also involves rearrangement of the DNA molecule. Such a change can cause the formation, disappearance or change of various properties of the cell or organism. It is this change that makes evolution possible – if the change is positive, this individual will find it “easier to exist”.

All of these processes are mediated in the cell by various enzymes, which are highly specialized proteins. They are present in every living cell and ensure the functioning of virtually the entire metabolism. Enzymes that can modify DNA or RNA are able to find this molecule, cut or glue it, repair various defects and so on.

GENETIC MODIFICATION IN THE LABORATORY

What happens in cells as a completely natural process, we can simulate to some extent in laboratory conditions. It’s actually a chemical reaction like any other – given the right conditions, substances will react to form products. In the case of genetic modification, the product is usually a DNA molecule that has slightly altered properties compared to the flood. Whether it is a small change at the level of a single “letter” (nucleotide) or whether entire “words” (genes) are changed, added or removed, the principle remains a chemical reaction that can be performed by a cell or a scientist in a laboratory.

An iconic example of inserting several “words” into DNA is golden rice. Rice (Oryza sativa) has had 3 genes added to its genome that modify its metabolism to produce beta-carotene. This is commonly found in carrots, for example, and is interesting because it is a precursor* of vitamin A. This means that if a person consumes vegetables that contain beta carotene, some of it is converted into vitamin A in the body. This is important for proper immune function, vision, reproduction and intercellular communication. However, it plays a major role in childhood development, and its lack of concentration in the diet can even cause blindness.

Vitamin A deficiency is a major problem in developing countries. The traditional method of replenishment is proving to be inefficient and, above all, economically very demanding. Growing golden rice, or other crops containing important micronutrients, is a huge step at LOCAL level in the fight against hunger and malnutrition in developing countries.

THE MYTH OF GENETICALLY MODIFIED FOOD

It is local farming and home-grown crops that are now being highlighted as the “healthiest” alternative. Plants modified by GMO technology are, on the contrary, condemned because they “have to” grow in the presence of pesticides or antibiotics in huge monocultures.

This myth has arisen because of misinformation surrounding Roundup-ready crops that are able to tolerate this pesticide. Not all genetic modifications cause resistance to something. As mentioned above, genetic modifications can add, subtract or modify genes (words) on a DNA molecule. Whether it will be a gene for pesticide resistance or a gene that causes increased vitamin production depends on the intention under which we are doing the genetic modification in the first place. The technology itself has nothing to do with pesticides! It’s just a matter of how we choose to use it.

OTHER BENEFITS OF GMO PLANTS

Considering the fact that by growing GMO plants we can have much higher yields from the same arable area, the application of this technology also helps in the fight against deforestation. Because less arable land means more preserved natural ecosystems. Not to mention the fact that many plants are not grown for food purposes, but for various other substances, such as rapeseed for biodiesel. By using the right genetically modified bacteria or yeast, it is possible to produce these substances under controlled conditions in fermentation facilities on various food production wastes, thus further saving nature.

In the next article we will move from plants to animals and gene therapy.

Read more articles in this category.

New member of the expert board – MUDr. Alena Zumrová, Ph.D

What are cell and gene therapies and how do they work?